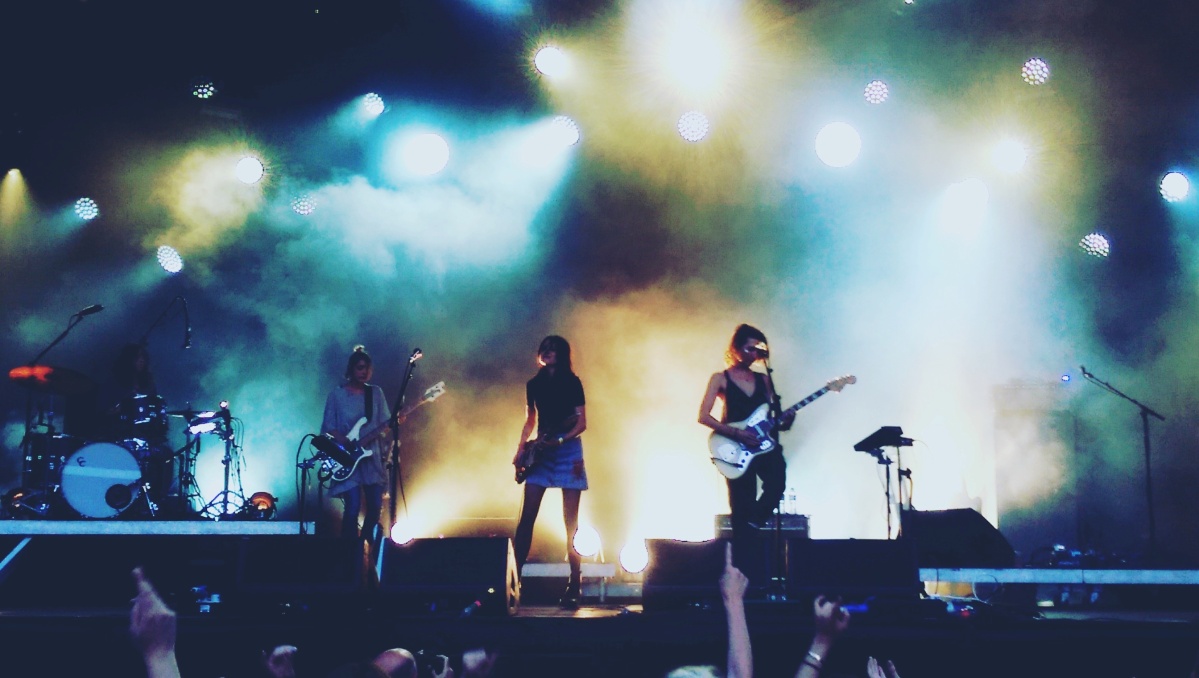 This is what live music is meant to be.

Warpaint, the four-piece group from LA, delivered a fiery performance in the heart of London last night and I’m still taking it in.

The air crackled with energy from the moment the band appeared on stage and, in the courtyard of Somerset House, their music reverberated around the inner walls of the arena to create sonic delirium for a mad 90-minute show.

On a belly full of rose and pimms, wearing my Sunday best, I had come straight from Wimbledon and was bouncing around with cream chinos and a completely unbuttoned shirt from the off, hardly punk rock, but I had no choice and I didn’t care if anyone thought I was a Tory.

Warpaint released their most recent album last year and it is a seriously powerful piece of work to have been produced by a band which has come so close to falling apart so many times.

There is a depth to the Warpaint sound which is hauntingly addictive yet impossible to quantify. Electric Punk? Fuck I don’t know, making up terms to describe a sound is what the professionals do, so I’ll leave it to them.

‘Love is to Die’ is soaked with pain and rage yet it is beautifully melodic and rhythmic  while ‘Whiteout’ questions the importance of truth with harmonies to die for.

After 16 songs, London was whipped into a balmy frenzy and by the time ‘New Song’ blasted into us, fever pitch was reached.

Arms stretched and twisted into the sky as smoke hurricaned around the stage, Warpaint looked like masters of the universe at that moment and everyone felt it.

This was a performance delivered by a band at the height of their powers and a band which is doing what nobody else is.

At no point would I dare say Warpaint are the best girl band around right now because that would not be true.

They are one of the best bands around right now, full stop.

I have seen far too many articles talking specifically about girl bands, comparing them, listing the top five groups around.

It’s far too simple to say Warpaint are a heavier version of Haim just because they are all women.

They’re musicians first and that is all anybody should care about.

Being women isn’t important and stuffing a load of them together is pigeon-holing.

Warpaint are Warpaint, that’s it.

They’re not successful because of their sex, they can attract a crowd of thousands on a Monday night because they kill it on stage and in the studio.

The set was ripped through and nobody wanted to leave when things finally ended, despite my cries of ‘please god I need more’.

The set list was scrunched up and thrown to the crowd and, despite feeling like I was going to explode, the paper sailed into my hand unchallenged. 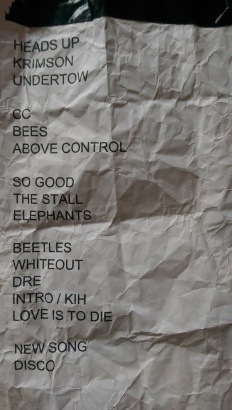 A swell of beautiful women suddenly formed around me to get a photo of the paper, one of whom joined me in stumbling into London’s twilight, dreaming of Los Angeles and Warpaints return.

Next time I won’t look like such a posh bastard.

One thought on “Warpaint Live Review”

This site uses Akismet to reduce spam. Learn how your comment data is processed.